How to Detect Ransomware: Best Practices for Avoiding Malware Attacks

Over the past few years, ransomware attacks have skyrocketed, hitting 105% in 2021 while the ransomware payment demands have gone up 518%.

In 2021, JBS, the world’s largest meat processing company, fell victim to a ransomware attack. The company lost access to its servers after a malware attack forced them to choose between paying $11 million to regain access or indefinitely shutting down production in its plants across the nation. As a company responsible for processing about one-fifth of the nation’s meat supply, JBS ultimately chose to pay the ransom to the Russian ransomware gang known as REvil.

Successful ransomware attacks present large companies with harrowing financial and logistical choices. Because ransomware is designed to remain undetected, it often does not present itself until it has successfully gained the upper hand and can demand payment. However, by understanding how ransomware works and how to effectively use mechanisms that detect it early, well-equipped cybersecurity teams can outmaneuver these attacks.

In other words, companies often don’t know about ransomware until they've been hit by it... But does it have to be that way? 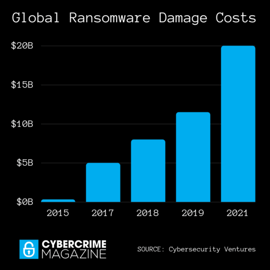 Ransomware is a type of malware that targets data, devices, or infrastructure with the intent of extorting a ransom for restored use of the compromised data or machines. After infecting a device or network, a ransomware attack will use encryption techniques to lock out victims until they have paid the ransom demanded by the hacker.

Related Resource:  RaaS Gangs, Drive-By-Downloads, and Botnets - Are You a Target?

Objectives of a Malware Attack

A malware attack could have several different objectives – here are some of the top reasons (note that a combination of the following could also be possible):

The term “cyber kill chain” refers to the sequential stages of a cyberattack and can be used for identifying, stopping, and preventing the attack. Unfortunately, as cybersecurity continues to advance, cybercriminal behavior adapts in step. While ransomware attacks can take many different forms, they tend to follow a pattern of:

1.  Precursors to a Ransomware Attack

Before executing an attack, a cybercriminal will likely test the limits of their system access. Network, server, or workstation slowdowns may indicate that an attacker is preparing to interfere with your company. Any stoppage, regardless of cause or severity, must be classified as a cybersecurity incident. It's not always an attack or event, but it could be a sign of something bigger.

With this in mind, the most important question to ask your security personnel and systems is: Can your internal IT platform effectively recognize and monitor IT security incidents?

Attackers will use the information gathered through their reconnaissance to prepare their “game plan” for the attack. To help your organization prepare in advance for these specialized attacks, Avertium’s CTI Group produces timely, comprehensive Threat Reports and Flash Notices with the TTPs (tactics, techniques, and procedures) that many of today's active bad actors utilize.

The unexpected appearance of or alterations to files or directories is another troubling sign. Frequently used files may suddenly appear to have different extensions or no extensions at all. If these alterations were not approved by someone in your company, this is a clear indicator of a cyberattack.

File Integrity Monitoring is a security service that immediately notifies your company if these unauthorized changes are made and can help stop attacks before they progress beyond this stage.

A ransomware assault is likely underway if your team detects that many files have gone missing over a period of time. The attacker will want to wander undetected through your network for as long as possible in order to steal as much vital information as they can, but they will eventually begin exploring the boundaries of their access with fewer, less noticeable files before gradually moving onto larger targets.

Encrypting files is a good approach to keeping sensitive data safe whether it is in transit or at rest. However, misuse of encryption can jeopardize data availability, and that is a red flag for ransomware. Encryption should only be applied to data according to regulations or necessity, and it should always be performed by an authorized person. If your security team detects encrypted data on your network with an unknown origin or responsible party, it is evident that a cyberattack is likely underway.

Additional Precursors of an Impending Attack

Sometimes, multiple precursors appear. While they might seem to be separate attacks, they could also be different symptoms of the same attack or a long-term brute force attack against a publicly facing Remote Desktop Protocol (RDP) port.

2.  Delivery and Deployment of Malware

In this phase, instead of quickly executing their entire attack plan, the threat actor often uses their initial network access to strengthen their position. By installing back doors or creating new users with admin privileges, they ensure that they’re able to regain access to the network in the event that you detect and attempt to stop them.

There are a number of effective techniques for delivering the tool or medium attackers could use for their plan:

After performing careful reconnaissance and successfully delivering their malware, the cybercriminals will accelerate the attack. With a compromised network, they can take advantage of the identified vulnerabilities and run exploits.

When installing the ransomware, attackers may use a variety of techniques to manipulate your network to their advantage.

Related Resource:  Building an XDR Solution: Factors You Ought to Consider for ZTNA, EDR, Vulnerability Scanning, and SIEM

As malware attack rates increase every year, ransomware continues to be the largest category of attacks. While the list of ransomware variants is constantly growing, they can generally be understood through a few frameworks:

According to a ransomware incident report, the most prevalent ransomware strains in the fourth quarter of 2021 were...

Related Resource:  Why Pen Tests are Key to a Robust Incident Response Plan

Ransomware attacks can be extremely creative and adaptive, and there is no single solution that can counter all malicious activity. However, a robust combination of practices can give your security team the edge to detect and respond to these threats.

A modern SIEM is a platform where security analysts use forensic tools and threat intelligence to hunt, investigate and respond to cyber threats in real-time. A modern SIEM must have four capabilities:

Effective use of a SIEM can dramatically decrease an organization’s risk of attack.

Similar to a bad actor performing reconnaissance before an attack, cybersecurity professionals conduct penetration tests by acting as “ethical hackers.” In a pen test, cybersecurity specialists attempt to discover a company’s security vulnerabilities. They allow security teams to identify and address potential vulnerabilities, ensuring that their company is not the low-hanging fruit that would attract an attacker’s attention.

The philosophy of Zero Trust security is to take the default view that nobody, inside or outside the network, can be trusted and that anyone attempting to access the network must first verify their identity. Network Segmentation, one of the main pillars of ZTN, prevents lateral network movement if one part of the network is compromised. Data breaches have been prevented by adding this extra layer of security.

Threat hunting is a strategy that involves searching through networks to detect and isolate threats before they actively present themselves. While threat hunters have a variety of strategies at their disposal, the best strategy is often determined by the type of threat they are hunting. Threat hunters do not only search for active threats; they are attuned to hacker tactics, techniques, and procedures (TTPs), indicators of compromise (IoCs), indicators of attack (IoAs), and threats such as Advanced Persistent Threats (APTs) that may be evading the existing security system.

A risk assessment can help you satisfy regulatory requirements with standards such as HIPAA / HITECH, HITRUST, FFIEC, PCI-DSS, and use guides and tools such as ACET and NIST-CSF.

Clients receive a gap analysis, a ranked list of action items, and a roadmap in accordance with a security maturity model to help put a timeline on fixing present issues. The assessment can be used as the baseline for improvement by integrating into a security strategy with Managed Detection and Response, Incident Response Preparedness, or Scanning & Technical Testing. These improvements can put you in a better posture to be prepared for ransomware or other advanced malware. 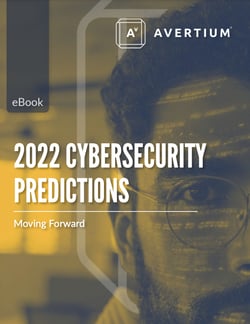 Take a look at one of our latest eBooks: